At the beginning of the 90s, the Swiss artist Daniel Spoerri started to install a sculpture garden in Southern Tuscany, called »Il Giardino di Daniel Spoerri«. The works of art shown in the park reveal aspects of his biography. This explains why the park is considered a »sentimental garden». Today there are 113 installations by 55 artists on an area of about 16 ha. It takes some time to see them all. The visitor should schedule at least two hours for a visit. For refreshments, there is a small restaurant – the »Non solo Eat Art«.

In 1997, Il Giardino became a foundation and was opened for the public. The park can be visited from Easter until October. Every year, the season starts with a traditional Easter picnic, called »Pasquetta«, where new installations are inaugurated.

The name »Il Giardino« derives from its geographic position. On old maps the location is called »Il Paradiso«, which translates as »Garden of Eden«.

The Latin motto »Hic terminus haeret« at the entrance to Il Giardino translates as »the end sticks here«, but »terminus« can also stand for »boundary« or »transition«. Daniel Spoerri prefers the latter meaning, for he did not mean to put an end to his creative work by establishing the park. Instead, his fascination for a maxim he once came upon at the castle of Oiron using the term »haeret«, which is related to the word »adhaerere« meaning »to stick«, may have reminded him of all the glue and paste that is so important for his assemblages.

Il Giardino is located approx. 60 km south of Siena. It is an hour away from the coast (Grosseto) and two hours from Niki de St. Phalle’s park »Giardino dei Tarocchi«

The Giardino in the early 90ies 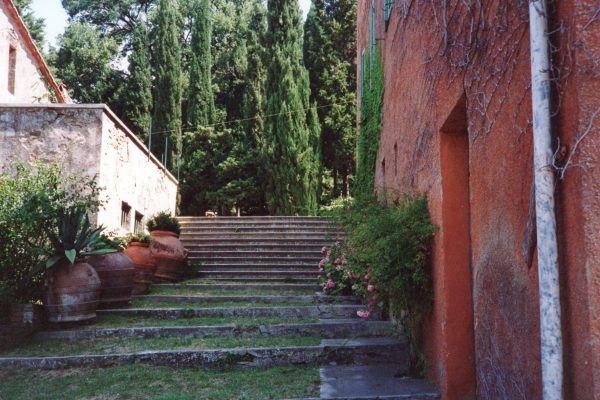 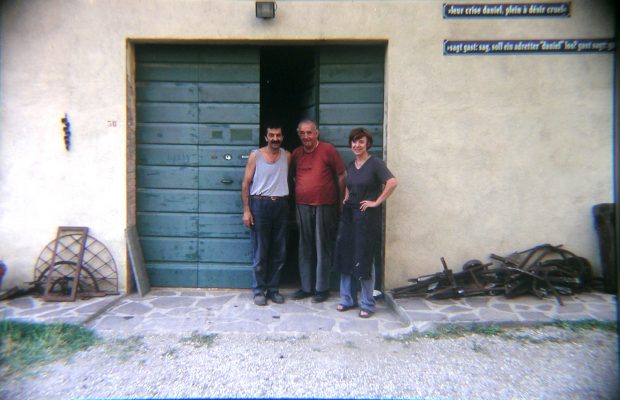 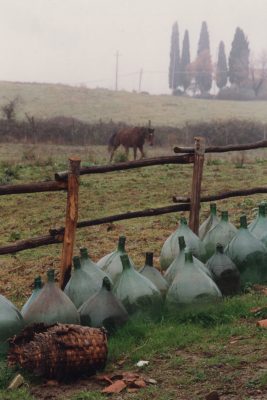 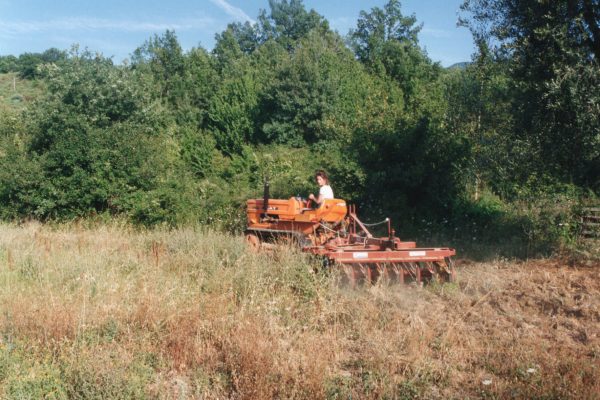 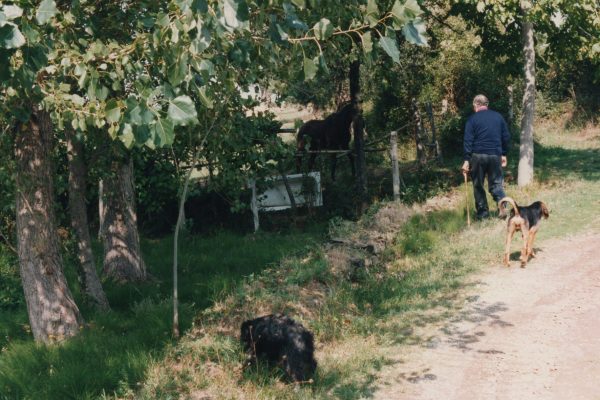 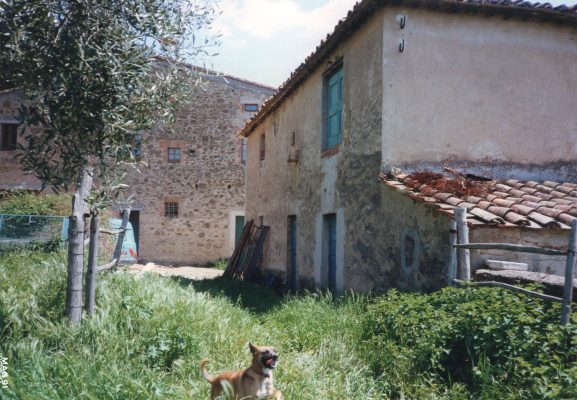 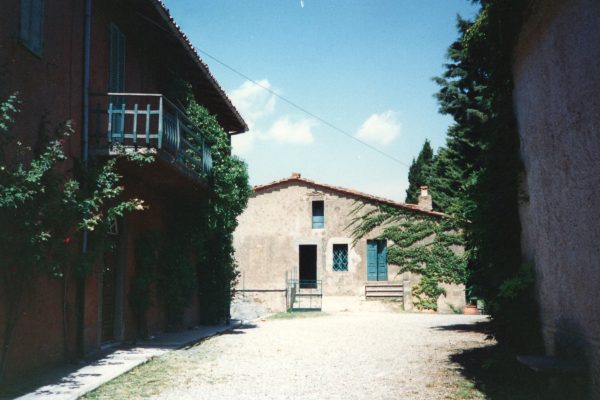